The weather that we enjoyed this spring was very wet to say the least. We had a good amount of late snow and also a heavy amount of rain. It has all been very good for the water supplies.

All the reservoirs around the area are full; Jordanelle, Deer Creek, Wanship, Echo, etc. are all full to the brim.
Even Lake Powell has received a huge boost in its water level. It was very low before but they have said on the news reports that through this spring the water level has risen 30+ feet which is a fantastic amount of water. 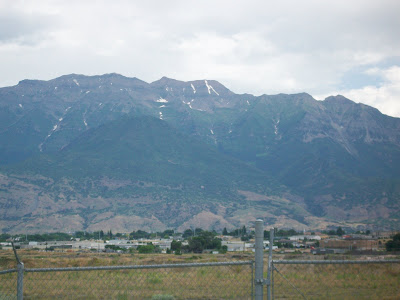 And there is still snow on some of the mountains. The front of Timpanogos is about clear now but the back still has a good amount of snow on it. Lone Peak still has quite a few patches on it as does Nebo. 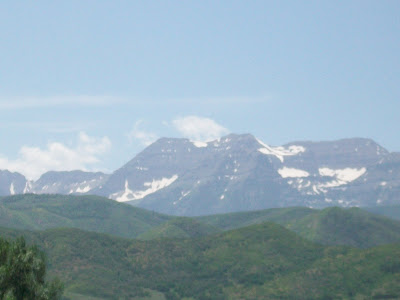 There is one little squiggle just to the south of Lone Peak that still has snow in it. I guess it really isn't a squiggle but more like a little arc. 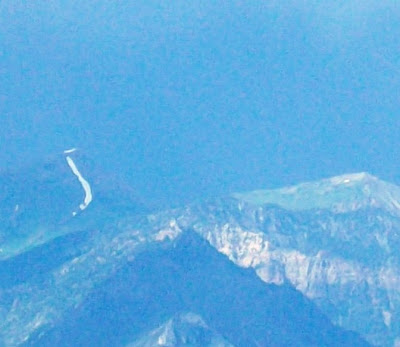 I was told when I moved to Utah Valley that this arc was a good water gauge and to watch it. The story was that if there was still snow in that little arc in June then that meant there would be enough water to get a good corn crop.
A few days ago when I drove to Salt Lake I even noticed a few patches on the Oquirrh Mountains north of the copper mine. That means that we have a good water year going for us and we will have plenty of corn to eat. 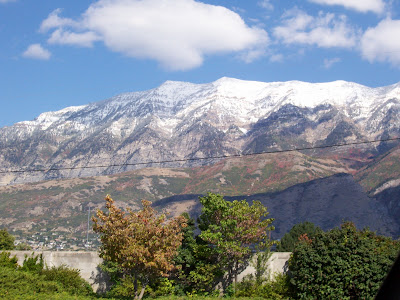 A couple of years ago I took some pictures of the first snow fall in this area. It was really more than a couple of years, it was more like three, it was the 21st of September in 2006.
My son was going to school in Arizona and roasting in the heat and hating it and missing the snow so I took pictures of the mountains and the new snow. It was an early storm but not too unusual. It was a fair amount of snow also.
Looking at the snow still on the mountains the first of July and then comparing to the new snow the latter part of September that doesn't leave a lot of time that the mountains are snowless in that high country.
Posted by Harland W Larson at 4:42 PM