Waiting for the World End

December 31, 1833, Wilford Woodruff was baptized into the Church of Jesus Christ of Latter-day Saints. 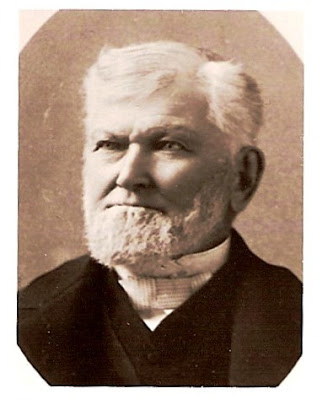 
A number of years ago the family association went through his journals and transcribed them and prepared them to be published. They were published in 9 volumes--about 5400 pages.
The family members were afforded the opportunity to purchase copies when they were ready for sale and sadly I neglected to do so.

However lately, I have found a book in the library called: Waiting for the World's End--The Diaries of Wilford Woodruff. The author of the book is someone who was familiar with the journals of Wilford Woodruff and has taken excerpts from the journals rather than all the entries and kind of condensed things to about 500 pages. I found it to be very interesting reading.

One thing really struck me though! The title of the book--Waiting for the World's End.

The idea of the time being short until the Saints returned to Jackson to build the Temple in preparation for the return of the Savior and ushering in of the Millenium is a theme that I find quite common in the writings of Wilford and also many other of the early leaders of the church.

In one place in 1880 I recall Wilford as saying that with the state of the world and this country we should not see 1890. Those men in that time were looking for and anxiously awaiting the return of the Savior.

Another thought crossed my mind though!

In 1880 Wilford Woodruff was serving as the President of the Saint George Temple and had been since it opened in 1877. It was the only Temple in active operation in all the world at that time. 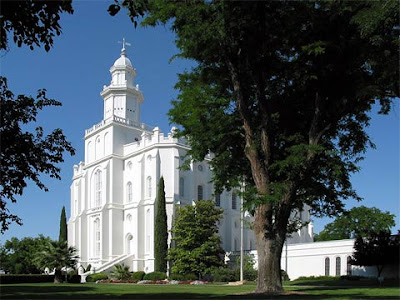 St. George Temple
The other two Temples the Saints had built were no longer in operation. The Kirtland Temple was in the hands of the Reorganized Church and the Nauvoo Temple had been destroyed. 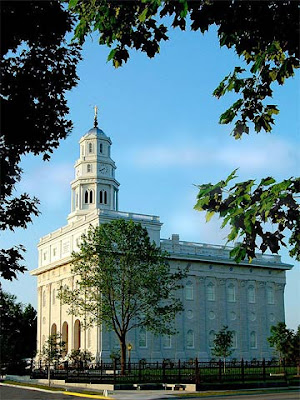 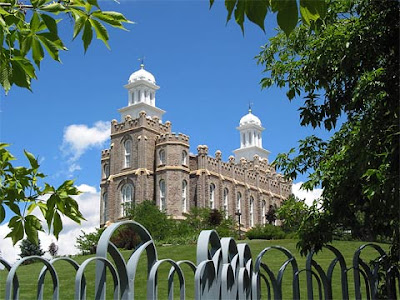 And, also, the opening of the Manti Temple in 1888 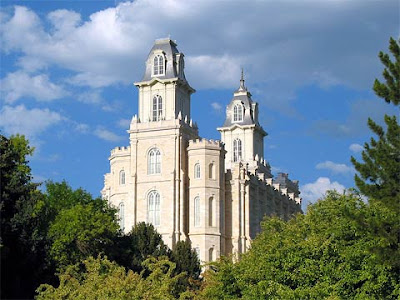 Manti Temple
But that would have been all.

Wilford was a great lover of the Temples and the work that was done in them and he labored hard to do as much as was possible, but with the 1890 timetable............

1890 would have come with only three Temples operating and smaller ones than the plans for the Salt Lake Temple, which construction on was finally making good progress, but it still would be 1894 before it was finished.

If we take a look at what has happened over the last 120 years since 1890 it would be interesting to see what Wilford would think about four Temples operating in the Salt Lake Valley alone, that includes the new Oquirrh Moutain Temple that will be dedicated this summer. 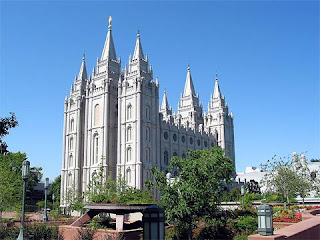 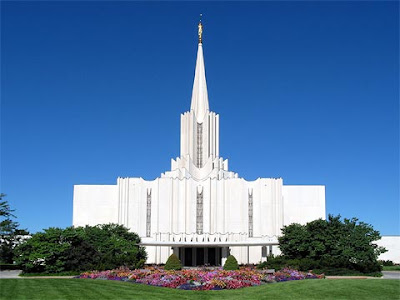 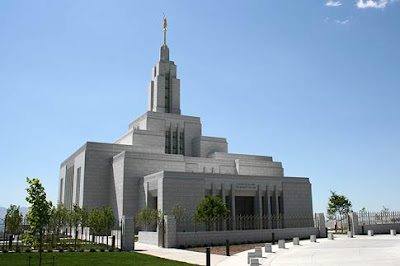 And the new Oquirrh Mountain Temple 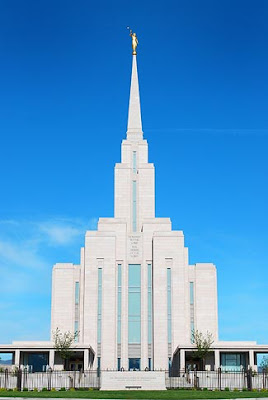 And rumors say that another will be added in the Bluffdale area at a later date and there will then be five in the Salt Lake Valley.

In addition to those in the Salt Lake Valley there are another nine within the State of Utah.

We have already mentioned the Logan, Manti, St. George temples that are in the state but not in the Salt Lake Valley but there is also: 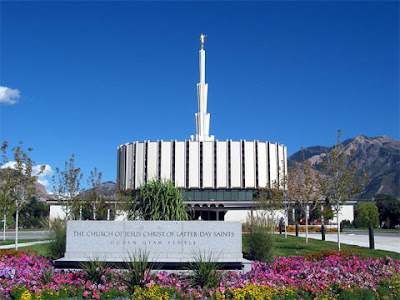 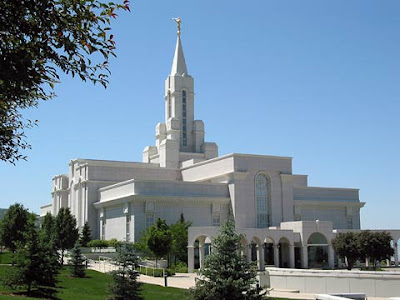 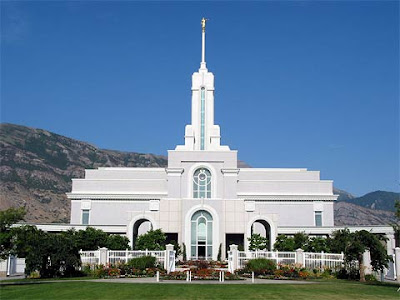 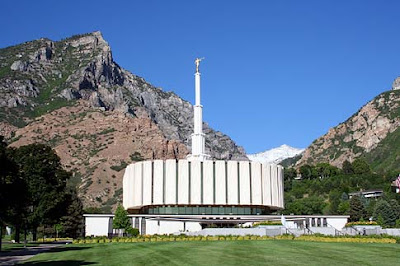 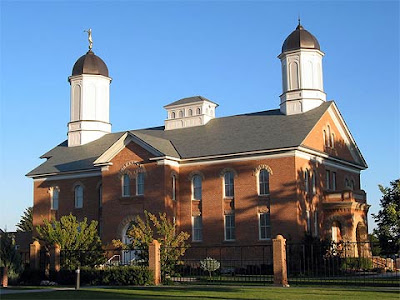 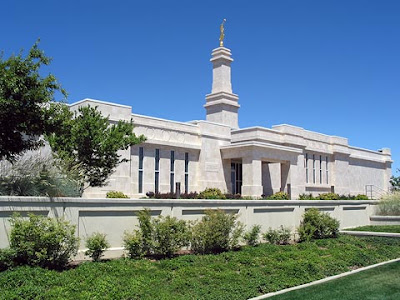 That makes 13 Temples just in the state of Utah and if we look worldwide the number is rapidly approching 150, either operating, under construction, or planned.
Granted the world has continued to deteriorate over the last 120 years but there has been a huge amount of work accomplished and literally millions of people have been given the opportunity to recieve the blessings of the Temple.
I share the desire that was felt by the early saints in wanting that time of peace and tranquility but I also find a question to ask...................
What more need we do to make us ready for His return?
Posted by Harland W Larson at 3:35 PM 1 comment:

It seems like we have had more than our share of rain this spring. We have had rain most days for the last 2-3 weeks, or at least in June.

When I went out west the other day I noticed a number of hay fields with hay still sitting in them. Some was baled but some was not. 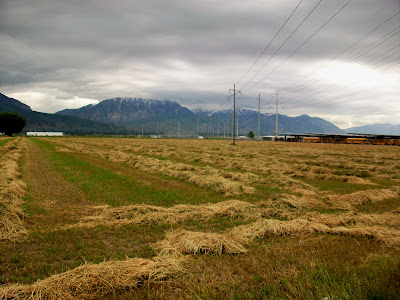 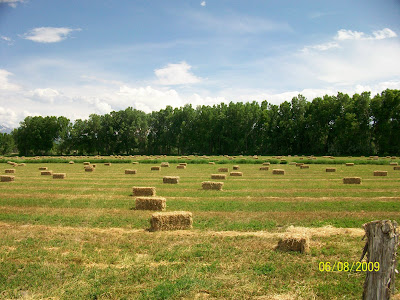 I think the farmers have had a hard time this spring because of the rain. 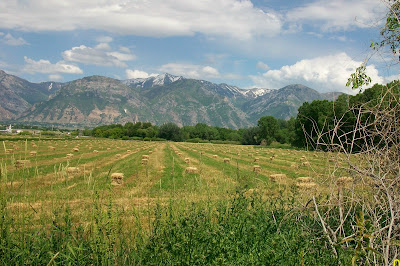 Typically the first crop of hay in this area is cut around the first of June and then after drying for
a couple of days it is baled and then gotten off the field so the next crops growth can get going. 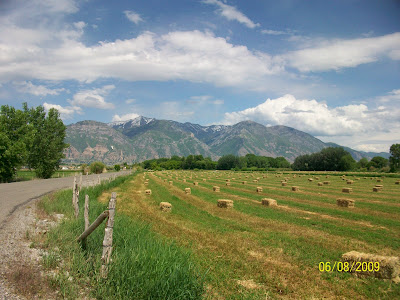 In situations like it has been this year instead of cutting, sitting and drying a couple of days and then baling it gets rained on and then it is wet and has to go through the drying process again before it can be baled. So the hay has to sit for another few days and probably will have to be turned over with a rake to facilitate drying out.


If the rain keeps coming back every day or two as has been the case then this process is lengthened out. Also the rain and moisture can cause mold to grow in the hay and that is not a good thing to have especially when it is fed to horses.


Moldy hay can cause heaves in horses. The dust from the mold gets into their lungs and causes them to cough and have a very hard time breathing. 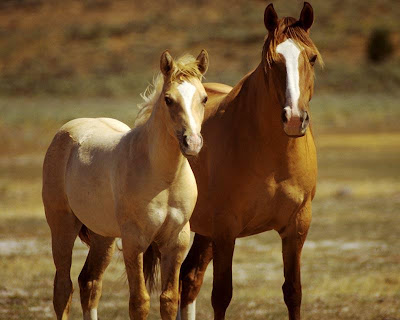 Some of my best friends are horses!

I had a mare that had a problem with heaves. She was a real good riding horse and was just given to us. We had a close family friend who owned her and had rode her for a number of years but then quit riding for some reason and was just boarding the mare and told us to come and get her and ride her if we wanted to, so we did.

She was a pretty little sorrel with a blaze face. She stood about 15 hands, and was not a real heavy build but had great stamina. She was amazing in the mountains, she would go all day. She was no youngster, I don't know how old she was but she was up there and it didn't take long to realize she was prone to the heaves.

When I could keep her on pasture she was fine but winter or when we were without pasture she had a hard time. With hay she would have problems. I had to switch and was feeding her alfalfa pellets and cubes and she would do fine on those.

Not all horses that get moldy hay get the heaves and not all hay that gets wet gets moldy but it can be a problem and I guess because of all that I seem to notice when the hay sits in the field and gets wet.

At the same time though one of my favorite things to do is go for a ride in the evening in hay country when the hay is down and getting ready to bale. When things are dry and the hay is has been cut the drying process creates an aroma in the air that is truly fantastic and never forgotten!

I LOVE HAYIN' TIME!
Posted by Harland W Larson at 9:43 AM No comments: